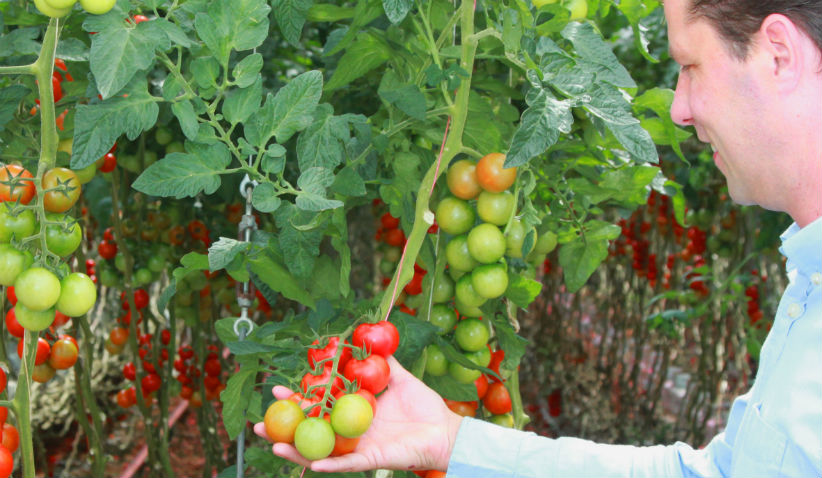 Hyperion Grow Lights, a leading developer of award-winning LED technologies and horticultural grow lighting, announces the results from a trial of its LED grow lights combined with existing high-pressure sodium (HPS) lighting in a hybrid installation with a leading tomato grower in the Netherlands.

By the end of the trial, an extra yield of 9.4% (3.28kg per m²) was achieved with a slight increase in average weight per tomato for the hybrid LED/HPS installation compared to the control area with HPS lighting alone. The increase in yield was possible because the plant load allowed more fruits per truss without losing plant strength. It is likely even higher yields are achievable by increasing greenhouse temperatures to take advantage of the increased potential in the crop.

Adding Hyperion LED light fixtures to existing HPS lighting system in a hybrid installation allows growers to give greater light intensity to their crop, for longer periods, with little extra heat to manage in the greenhouse. The plants continue to get radiant heat from the HPS lights but also gain the advantage of light wavelengths unique to the LEDs being used, including far‑red, hyper‑red and blue spectrum light. Plessey’s LED fixtures are at least 40% more efficient in energy consumption than HPS fixtures.

“We are very excited about the results of the LED/HPS hybrid installation achieved with such an experienced grower as Geert Koot. This provides clear evidence of the opportunity for growers to add our LED lights to their existing HPS lighting to boost yields and contributes to the growing weight of scientific research into LEDs.”

“At the beginning of the trial, the crop looked healthy in both lighting environments but with the added LED illumination, the crop was stronger with thicker stems and more dark green leaves. The first trusses under the LED lighting developed later but the plant was stronger with higher crop potential, allowing an extra fruit to be carried on each truss.”

Over the trial period, stem length was very similar between the hybrid LED/HPS and HPS only treatments and though the average stem thickness was higher under LED/HPS from week 48 to 52, after that average thickness was comparable. Leaf length was slightly longer under HPS only with the leaves under LED/HPS being a bit more compact. The brix level in the fruit was the same.

The average amount of flowering trusses were also similar, indicating that flowering speed was unchanged and the average number of set trusses was the same, showing that pollination by bees was not affected by the LEDs. 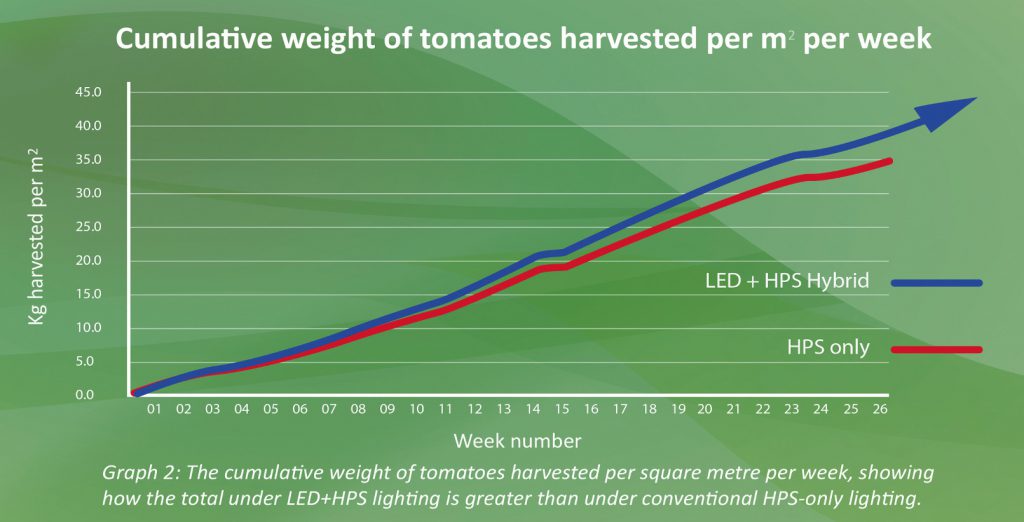