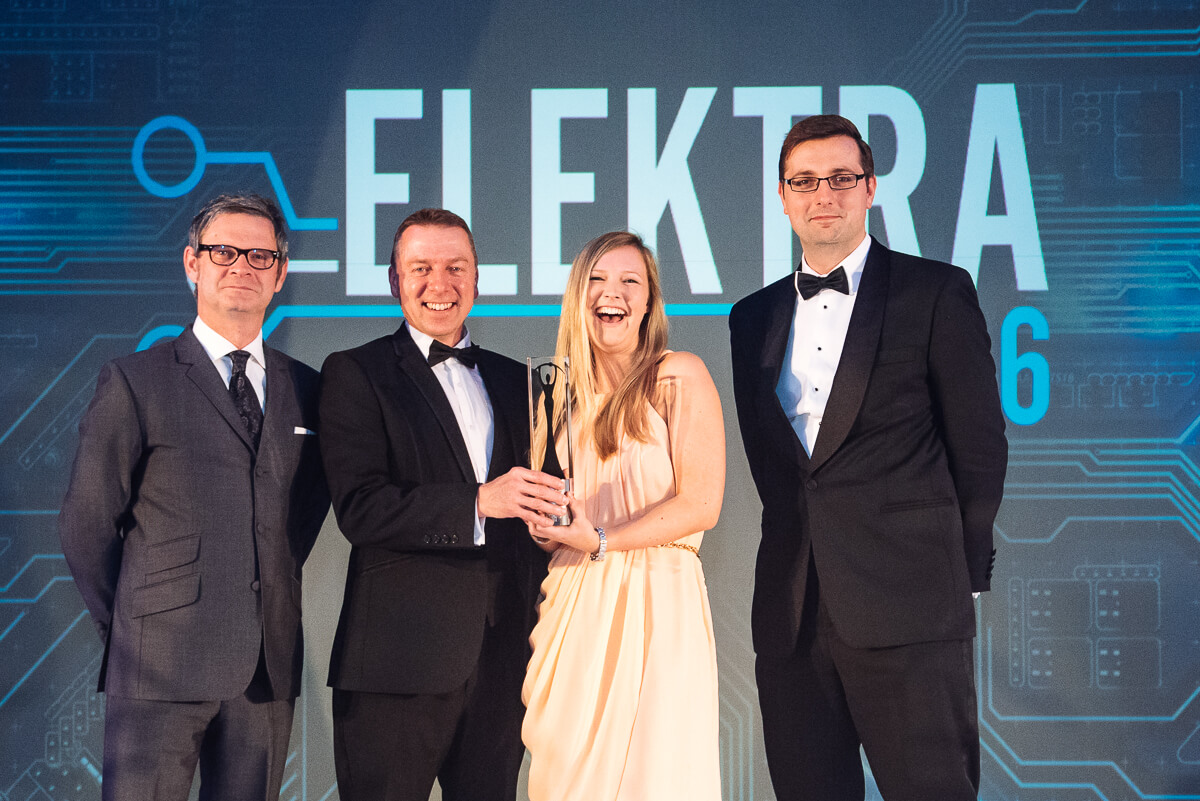 Hyperion Grow Lights, a leading developer of award-winning LED technologies and horticultural grow lighting, announced today they had won the prestigious Elektra Award for LED Lighting Product of the Year for its LED grow lights. The fourteenth annual Elektra Awards took place at the Grosvenor House Hotel, Park Lane, London on Thursday 1st December celebrating excellence in design, innovation and technology from across the electronics industry with over 400 guests.

Hyperion has over sixty installations in research centres and universities in the UK and overseas demonstrating the clear benefits of using its LED grow lights. This is now being recognised in the market and is gaining momentum. Hyperion’s LED grow lights feature proven energy saving and plant response, no cooling fan, high efficiency, patented heat dissipation design and a built in power supply.

“We are absolutely delighted to have won the award for the category “LED Lighting Product of the Year” in the prestigious Elektra Awards ceremony.  LEDs have largely proven their effectiveness as grow lights and their ability to save energy versus existing sodium grow light technology. The big challenge for adoption in today’s market is to make horticultural LED grow lighting a commercially viable proposition for growers. Our next generation lighting product to be released at the IPM Essen show in January continues to build on the success of this our first product.”

Hyperion recently announced that it will be exhibiting its new horticultural LED grow lights at the IPM Essen event from 24-27 January 2017 at stand 7B25 at the Messe Essen exhibition centre in Germany. The international trade fair for plants (IPM Essen) is the world’s leading trade fair for horticulture. It is the only specialist trade fair to cover the entire value chain of plants, including production, floristry, garden features, point of sale and technology. At the show, Hyperion will preview its new, high power grow light range that will include the most productive LED grow light in the world, delivered at the lowest total solution cost.