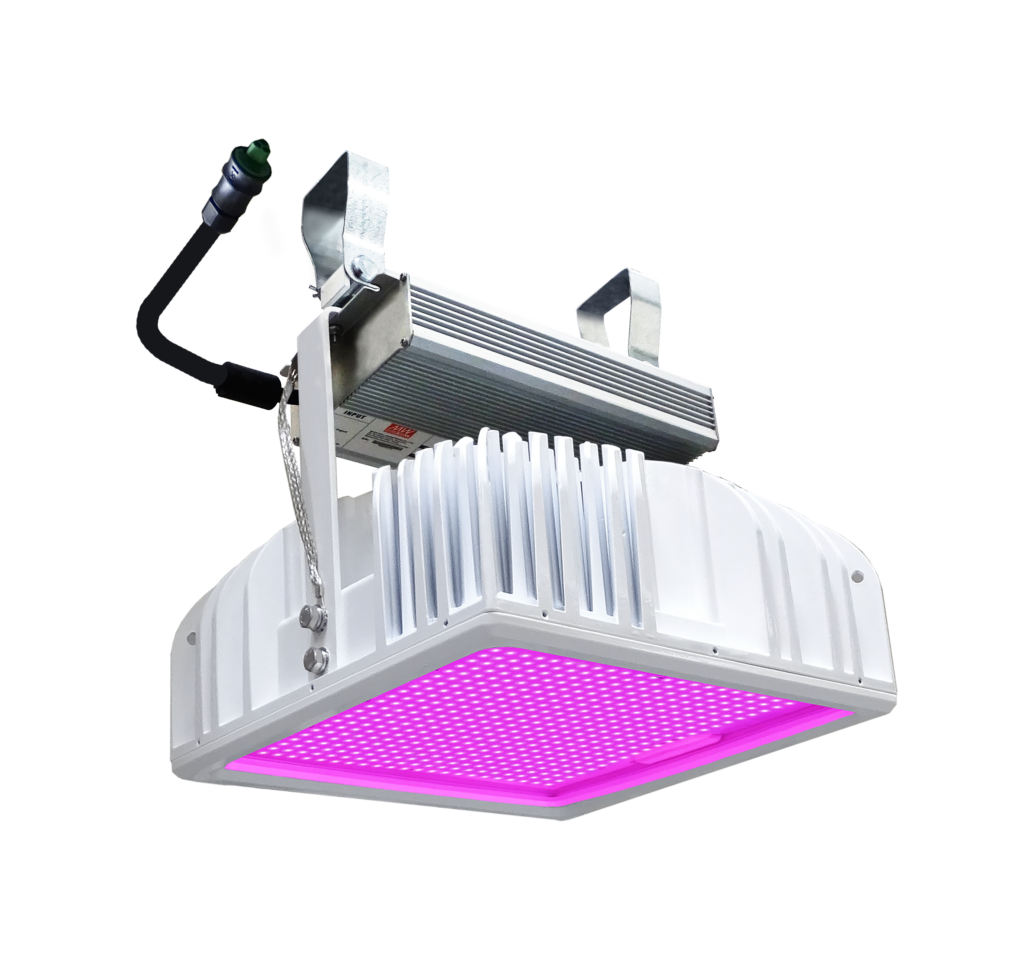 The trellis mounted Hyperion top light has an output of 1850 micromole/s, equivalent to a 1000W HPS. All Hyperion grow lights come in a range of standard and tailor-made spectrums, with a host of features and benefits designed to give higher commercial returns to growers.

In 2014, Gemüsebau Steiner built a new 11.8Ha tomato greenhouse in Kirchweidach, Upper Bavaria. A further 7.8Ha was added in 2016 and the company now grows tomatoes, peppers and strawberries. Production from the greenhouses is completely carbon neutral, using heat from local geothermal and biogas sources and photovoltaic cells on-site, making it a showcase of sustainability and heat management in Germany and the whole of Europe. 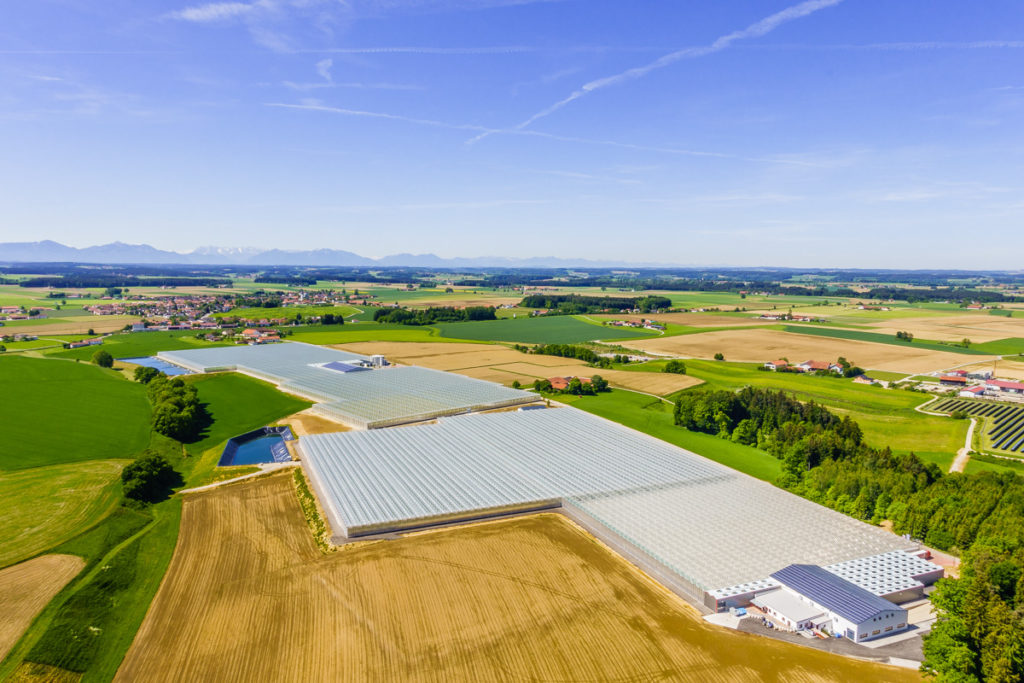 Since 2016, Steiner has used HPS supplementary lighting to boost year-round production and will now look to optimise energy usage for lighting through an installation of 100% LED top lighting in 5,000m². The Hyperion LED lights have been installed in Autumn 2019 using the existing 1000W HPS cabling and connectors, so it was a simple matter of hanging up and plugging in the fixtures. 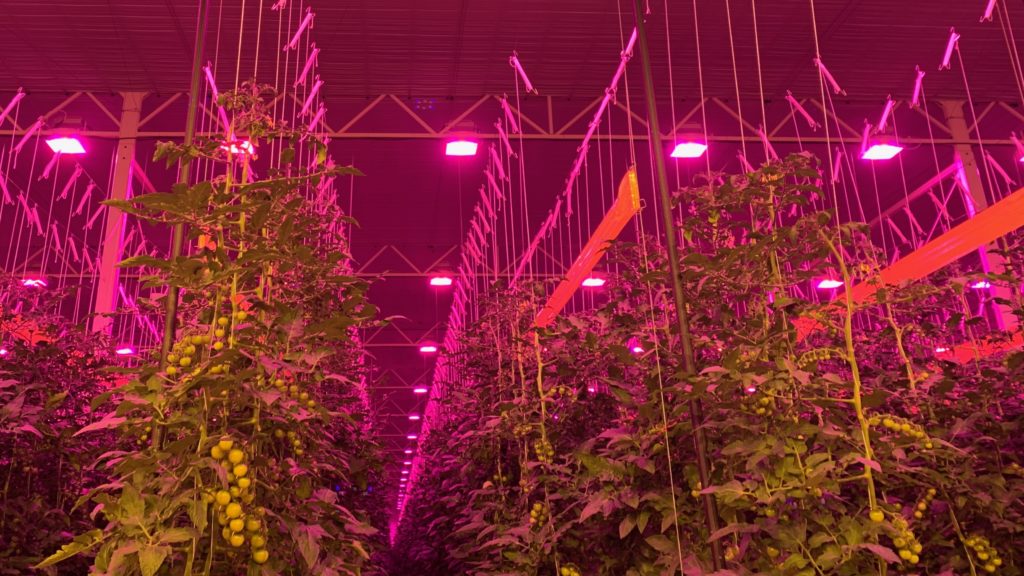 European energy prices are already highest in Germany and set to rise further in the future, so LED lighting is a critical technology for optimising energy consumption whilst maintaining year round production.

Commenting on his decision to choose Hyperion, Joseph Steiner said: “As part of our carbon free strategy, I have been interested in the benefits of LED lighting for some time now. When I visited Tomato Masters new 5Ha greenhouse in Belgium with 100% Hyperion LED top lights, I decided it was time to learn how to grow with LED myself”.

“Using 100% LED lighting in tomato growing is relatively new but proven to be very successful. It enables Steiner to control the greenhouse climate more optimally. It is proven in other LED projects that more CO2 can be saved, due to the fact that the greenhouse windows are more closed. Together with the possibility to light more hours with LED, the crop yield will rise”. says Hyperion’s Head Agronomist, Maarten Klein.

After the first few months of use, Steiner’s Head Grower Andrei Mihai commented: “So far I have been very happy with the performance of the Hyperion LED lights. The plants are growing strongly under LED light compared with HPS. I will be monitoring the growth very closely and look forward to compare the yield and quality”