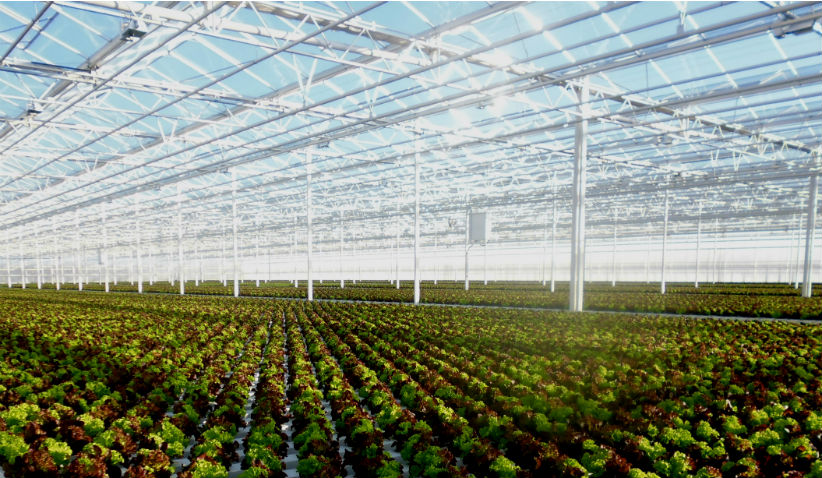 Hyperion Grow Lights, a leading developer of award-winning LED technologies and horticultural grow lighting, announces that Desmet, a major Belgian lettuce-grower, will install the new, high-power Hyperion LED top-light in 20,000 m² as part of a greenhouse extension project that will boost total cultivation area to 49,000 m².

Johan Desmet and Mirjan Vandoorne began their year-round hydroponic lettuce-growing business in Izegem, Belgium in 2004. In 2015, the couple installed 2,610 LED lights from another manufacturer in an area of 14,000 m², boosting light levels beyond what could be achieved with traditional high-pressure sodium (SON-T) lamps, thereby helping maximise crop production. This year, the additional 20,000 m² expansion of LED lighting will only require a total of 1,680 Hyperion grow lights to provide the same light level.

Desmet and Vandoorne’s aim is to get the largest yield and the highest-quality lettuces from every square metre of growing space. To do this, they have invested heavily in automated production, a Combined Heat and Power (CHP) system and LED lighting. LEDs give off much less heat than SON-T lamps and are around 40% more energy efficient, allowing an increased light level of 80 micromoles per m² that results in a denser, more compact crop, with better colouration.

On his selection of the new Hyperion LED grow light, Desmet commented:

“I wanted to be able to install fewer fixtures to minimise the amount of shading and get the greatest commercial return on my investment.”

“With an output of 1000 micromoles, the Hyperion only needs to be installed on the trellis to provide good uniformity, just like SON-T. Moreover, it is a very simple, durable and cost effective design with a long guarantee, making it ideal for Desmet’s requirements.”